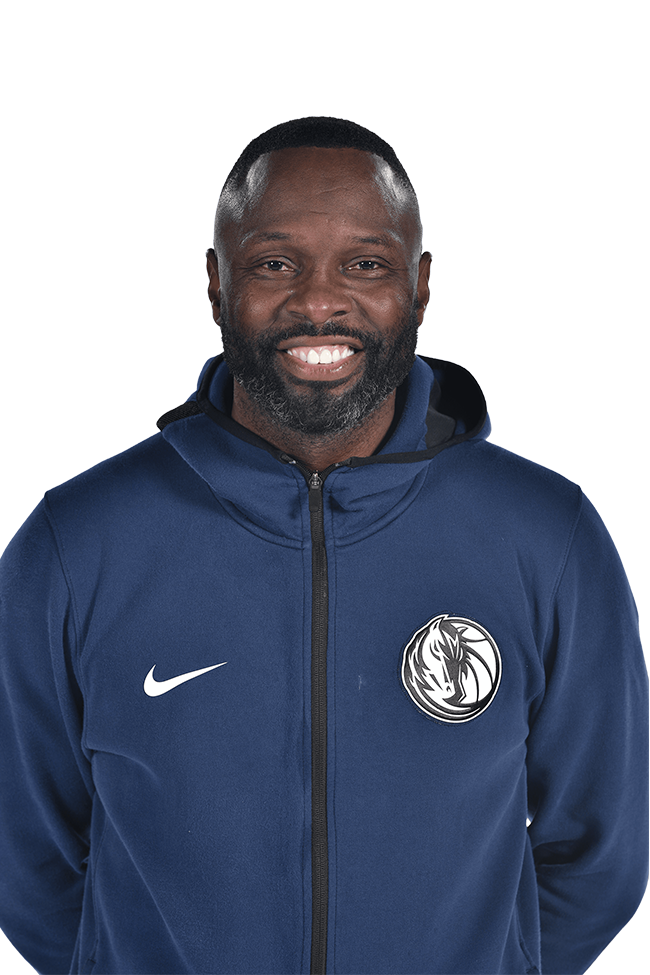 Former Maverick Darrell Armstrong enters his 10th full season as an assistant coach after joining Dallas midway through the 2008-09 campaign. Known for his contagious enthusiasm off the floor and his fiery passion on it, Armstrong has a unique connection with the players, having 14 years of NBA experience under his belt. During games, he can often be seen and heard standing up and shouting directions or assignments, especially when the Mavericks are playing defense.

For eight summers, Armstrong was the top assistant coach of the Mavericks Summer League team that played in Orlando and Las Vegas. In 2017, Dallas took home the championship in the Orlando Summer League.

After going undrafted out of Fayetteville State, not far from where Mavs point guard Dennis Smith Jr. grew up, Armstrong played in the Global Basketball Association and the United States Basketball League as well as in Cyprus and Spain. Armstrong was eventually signed as a free agent by the Orlando Magic, thus beginning a career that saw him play 14 seasons in the NBA with Orlando, New Orleans, Dallas, Indiana and New Jersey. He played in 840 NBA games and holds career averages of 9.2 points, 4.0 assists and 1.34 steals in 23.7 minutes per game.

During his career, Armstrong earned both the NBA’s Sixth Man Award and Most Improved Player Award in 1999. He participated in the Slam Dunk Competition at the 1996 NBA All-Star Weekend and was a career 87.1 percent shooter from the foul line. Armstrong was traded from New Orleans to Dallas on Dec. 3, 2004, in exchange for Dan Dickau. He played 114 games for the Mavericks, including appearing with the team in the 2006 NBA Finals, until he was traded to Indiana on June 24, 2006.

A native of Gastonia, N.C., Armstrong has two daughters, Arkia and Mayliah, and one son, Darrell Jr.